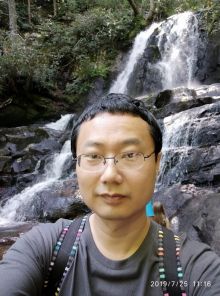 Approximately 15% of cancers diagnosed were attributed to carcinogenic viral infections. Upon viral infections, the host innate immune system acts as the first line of host defense to prevent viral invasion or replication, while viruses also strive for survival by repressing innate immune signaling. By gaining a further understanding of how innate immunity is regulated by tumor viruses, our lab aims to dissect innate immune responses and viral tumor development for the sake of identifying potential targets and strategies for viral cancer treatment. 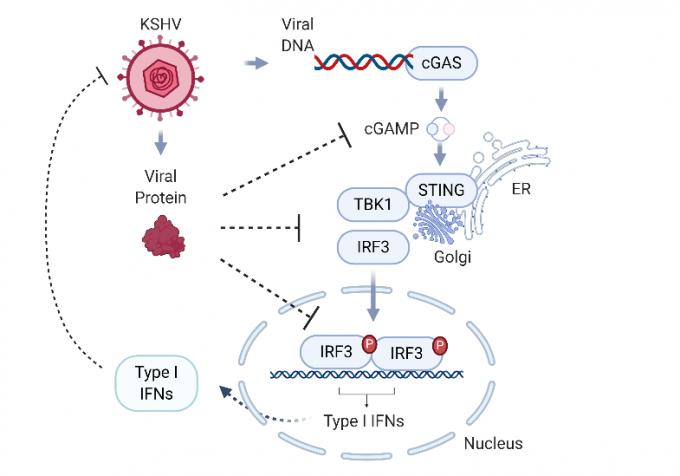 antiviral responses to clear viral infections and limit viral tumor proliferation, exactly how the innateimmune system senses tumor viruses, such as KSHV, is not well understood at the molecular level. By investigating the interplay between the innate immune system, KSHV, and KSHV-associated cancers will help us develop better therapies to treat not only KSHV related malignancies, but also broaden our knowledge to other viral cancers.

Previously, we have found that the DNA sensing cGAS-STING pathway is responsible for triggering innate immune responses upon KSHV primary infection and lytic replication. However, the fact that KSHV is capable of establishing lifelong

infection in the presence of cGAS-STING signaling suggests that KSHV encodes viral regulators to modulate the cGAS-STING pathway to facilitate its viral transmission and its lifelong persistence in the human population. These potential viral regulators were successfully identified by our screening system, but their roles in KSHV infection, as well as KSHV cancer development, are still subjected to further investigation.

Therefore, our lab immediate goals will build upon these findings to extend our knowledge of how these viral proteins regulate the cGAS-STING pathway and how to develop potential KSHV

cancer therapy by targeting these viral proteins. Specifically, we are focusing on:

Besides, we are also actively exploring other signaling pathways that are involved in KSHV infection and KSHV cancer progression. Particularly, we aim to identify viral regulators
that are responsible for modulating some of these pathways, and further study their mechanism and roles in KSHV cancer development. Our long-term goals are to better understand
KSHV cancers and developing potential KSHV cancer treatment or vaccines.

We are always grateful for any suggestions and collaborative opportunities.