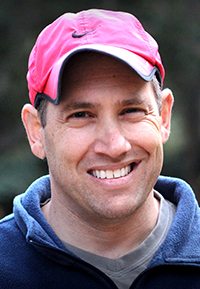 Patterning of the Developing Digits The goal of this project is to elucidate how digits form in the developing limb.  Vertebrate digits form from mesenchymal cells that undergo differentiation through an invariant genetic program to form bone and cartilage elements.  Each digit is composed of a unique amount of bone and cartilage depending on its location within the hand-plate.  The molecular factors involved in establishing the invariant digit pattern are not well understood.  One class of molecules, the bone morphogenetic proteins (Bmps), is thought to play a role in this process.  Our goal is to examine the role Bmps may have in specifying digit identity using limb-specific mouse knockouts of these molecules.  In addition, we are identifying additional candidate molecules that are involved in the patterning of digits using a novel cre-expressing mouse strain that we have recently constructed (Shhgfpcre knock-in allele).  Using this cre allele we can label and purify a population of cells that are known to influence the fate of individual digits.

Formation and patterning of the intervertebral disks An unfortunate consequence of aging is the eventual failure of tissues and organs,  which leads to pain, loss of mobility and eventually to death.  A tissue that commonly  deteriorates in older vertebrates is the intervertebral disks (located between the vertebrae).  Age-related changes in the intervertebral disks are thought to cause most cases of back pain.  Presently there is no cure for disk degeneration.

The normal intervertebral disk is composed of three distinct regions: a thick outer ring  of fibrous cartilage called the annulus fibrosus; a gel-like material that is surrounded  by the annulus fibrosus called the nucleus pulposus; and superior and inferior cartilaginous  end plates.  The nucleus pulposus has been shown to be critical for disk health and function,  and damage to this structure often leads to disk disease. At the cellular level, two distinct cell types are found in the nucleus pulposus: small chondrocyte-like cells and a much less  abundant population of cells referred to as “notochordal cells” that are thought to arise  from the notochord. The function of the “notochordal cell” population is unclear but they may  serve as disk stem cells.

At the molecular level, two related and well-studied signaling pathways, the hedgehog and  Bmp signaling pathways, are found in the nucleus pulposus. In other tissues, it has been  well documented that these pathways are responsible for cell fate specification, cell proliferation and cell survival.  Why disks degenerate and the role the hedgehog and Bmp pathways may play in disk degeneration as an organism ages remain unknown. Our laboratory is presently investigating the molecular signaling pathways required for disk formation using the mouse model system. In addition, we have begun to purify a potential disk stem cell population.